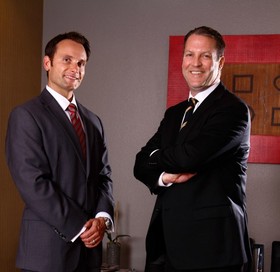 Criminal Lawyer Josh Tomsheck is widely recognized as one of the top Criminal Defense Attorney's in the State of Nevada. Attorney Tomsheck has been certified as a Specialist in Criminal Trial Advocacy by the State Bar of Nevada, one (1) of only three (3) attorneys’ in the State of Nevada to carry such a certification. Attorney Tomsheck is also a Nationally Board Certified Criminal Trial Lawyer by the National Board of Trial Advocacy, one (1) of only six (6) in Nevada. The independent attorney rating organization "AVVO" has given Mr. Tomsheck a "10.0 Superb" Attorney Rating. Josh has been recognized as a Mountain State’s “Super Lawyer” for his work in defendant those accused of crimes. Several other organizations have recognized Mr. Tomsheck as one of the best criminal defense trial attorneys in Las Vegas, Nevada. His awards and acknowledgments include:

These awards and recognition's are a byproduct of Attorney Tomsheck’s passion for the legal system and his responsibility in the representation of real people accused in Las Vegas and throughout Nevada in all Municipal, State and Federal Courts. Josh takes great pride in standing up and fighting for the underdog and is a staunch believer in an individual’s right to a Trial. Mr. Tomsheck believes in the criminal justice system and has great respect for the rights and roles of all involved. There is nothing that means more to Mr. Tomsheck than the constitution of the United States and the State of Nevada and all that comes with it, especially the presumption of innocence. Mr. Tomsheck truly believes in his motto “fighting for justice... fighting for you.”

Attorney, Josh Tomsheck, Esq., has received specialized training in in the defense of DUI charges as it relates to Blood and Breath Testing. Mr. Tomsheck has studied with foremost forensic scientists and DUI and drug recognition experts from across the country and around the world, in order to find and fight forensic testing issues in your case. Attorney Tomsheck is a member of the National College for DUI Defense, one of only nine (9) members in all of Las Vegas to be a member of this organization. The National College for DUI Defense is a professional, non-profit corporation which is dedicated to the improvement of the DUI defense bar, and to the dissemination of information to the public about DUI Defense Law as a specialty area of law practice. The college is widely recognized as the top organization in the United States dedicated to the training of DUI attorneys.